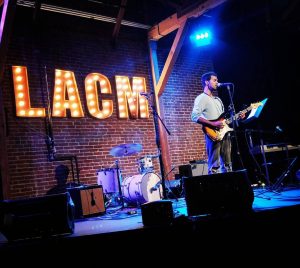 Most of us know that feeling when you’re told you are not good enough to pursue … (what is your dot dot dot?) Doing something you love to do and being able to win an oscar, is saved for only a handful of us. Obviously we need money to survive, but don’t forget that you are not just living your life to merely survive it. Making time for things you genuinely enjoy doing, may it be art, music, poetry, sports, cooking, anything, is truly important for yourself as well as those in your surroundings. This time on this happy thing pleases you, reenergizes you, and you might be giving others something to enjoy as well. You don’t have to be famous or successful to know your passion is worthwhile; if it makes you happy and a pleasant person to be around, you have already won.

Having said that, I’d like to introduce you to Augustus Henry, aka Augi. An admirable person who has his mind set on his music, and knows this is what he will do in his life. He comes from a community where “bonds between people are strong, be it between family or friends. They will go to any length to support and help each other with little regard to material considerations.” Augi grew up in various cities in the Indian province of Madhya Pradesh. “My dad has been a music lover so I got exposed to a lot of Hindi music through him. It wasn’t until grade 8 that I started listening to proper Western/English music.” In that same year, at the age of 14 Augi got his first acoustic guitar, and that’s when “my true passion for music was roused.”

Insecurity is only a fear. – Augi

In 2016, Augi went to Los Angeles to attend a 1 year diploma in music production and recording at the Los Angeles College of Music. “The very fact that a person like Trump could become president shows just how manipulative the media can be. I remember living with a Mexican guy who was scared to even say the word ‘immigrant’ in his own house, such was the fear of surveillance.” In a society where we are taught to earn money and become the best, we tend to forget about what makes us human – our ability to think and cultivate ourselves to become not the best at our jobs, but to become the best version of ourselves. Augi continues to say that, “I guess creative people are the first ones to stand against divisive policies and I was fortunate enough to have been a part of a very accommodating and tolerating society, my school in LA”

There is something fundamentally honest and psychologically healthy in being oneself and striding forward with one’s vision facing directly ahead, instead of trying at every turn to satisfy abstract standards of goodness established by a reigning orthodoxy. This is what Te/De (德) is all about. – Victor Mair

Social media has made it easier to showcase your work to a global audience and thus a global market. So just go for it, and stay curious! – Augi

We can see that not only is Augi doing something he genuinely enjoys, it seems to empower him to stand up against things that are going wrong within our society. “I want to keep discovering and making music that gives context and meaning to my own life and that of others. I am always trying to listen to fresh music. It doesn’t necessarily have to be new, more often than not my aha! moments come from listening to old music.” Learning from someone who is doing what so many of us wish to do – doing something we love – Augi believes this is also a cure for modern age ailments like depression and stress. Augi has a structured plan to learn more and become a better musician, starting with discovering more ideas and drawing inspiration from what already exists. We are both not supportive of infringement on copy rights 😉 but many humans have produced many beautiful things. Let them inspire you, let them help you develop your own ideas and skills! Remember that you don’t have to be the best, instead let it help you cultivate yourself.

I believe the ‘dream’ will be built in such small steps. – Augi

Augi has recently gone back to India and is working on his portfolio for music production jobs. He continues to practice his guitar skills, partly through playing gigs with his band Paperboat whenever he gets the chance. “The general idea of India abroad is that it is a country of hard working, smart, spiritual and vegetarian people.” Although much of the current Western ‘awakening’ is largely related to India, the country is much more than that. Once you set foot in India you’ll meet an explosion of colours, smells, and sounds. 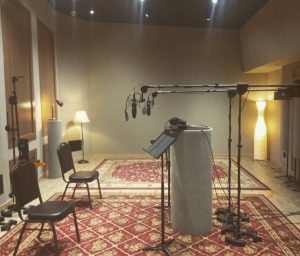 “I’d say they [the people abroad] are right about the hard working and smart part, probably because they are exposed to a very small fraction of the Indian population which has managed to make a living in countries abroad. But not everyone is a vegetarian.” Augi hopes to establish himself as a successful producer and composer in India, and work with more and more artists from all around the world. “The Indian independent music scene is very small as compared to Bollywood, but I am hopeful that more and more Indians will diversify their choice of music with the growth of independent music.” Becoming famous is not his end goal, “what matters is the quality of work you put in.” It goes without saying that he would like to make a decent living out of his music, but it’s not about the fame. Simply put, it is rather about spending his life in happiness.

Life shouldn’t wait to be lived. Now is the time. Now is your time.

Pursuing your dream can mean you have to work extra hard, because not everyone will believe in it like you do. But you have to ask yourself, when you look back on your life can you say that you made the most of it when you could? Remember that you also don’t need to drop everything you are doing now to chase your dream; just try do a bit of it daily. Trying and failing is not a fail, it’s an achievement. In Chinese we say：加油! (jiā yóu) Which directly translates to ‘add oil’, but which is actually equivalent to ‘go for it!’